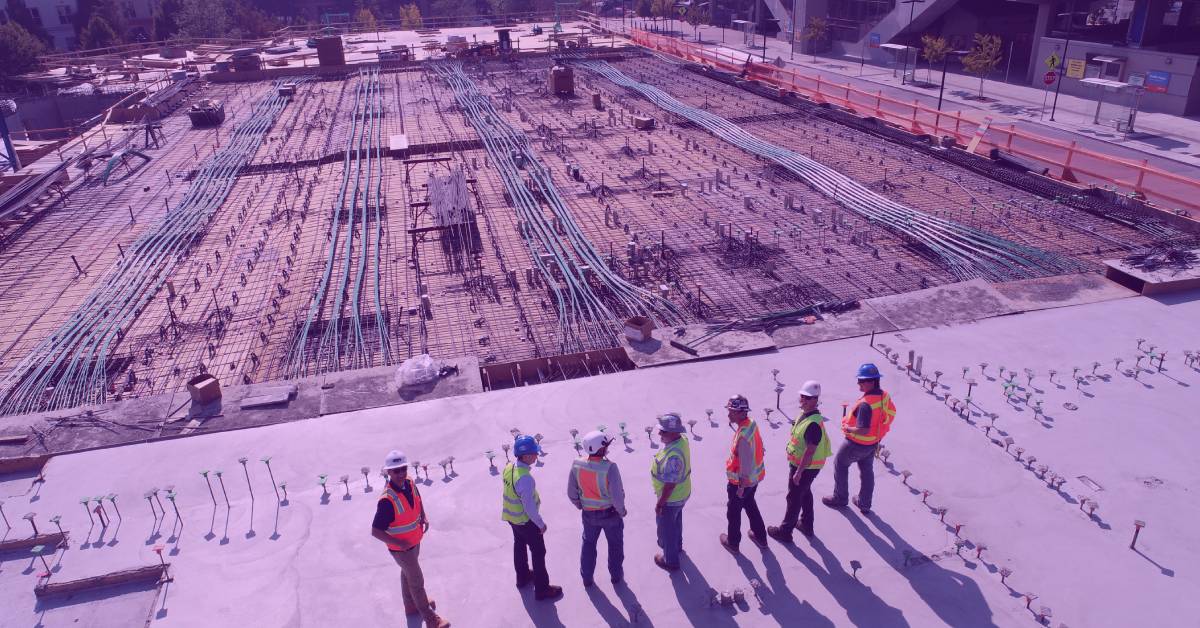 There are many technologies, but which is best suited for the smart building of the future? In discussions with major German and European manufacturers, we often encounter the situation where they themselves are still asking: which wireless technology will we rely on in the future?

In order to answer this question, hardware manufacturers are increasingly designating a product manager or developer who is responsible for this topic, who carries out a market survey and compares different technologies. On the one hand, they look at which technologies the competition is using, on the other hand, they often try to find “the best technology” on the basis of benchmark tests and comparisons. The decision on which technology to use to develop new products and new product lines is a very important one.

The narrow selection of product managers and developers of hardware manufacturers usually includes Bluetooth, ZigBee, Thread or Matter. If you talk to luminaire manufacturers, you will occasionally hear the term Dali Plus – other companies in the building control sector also work with LoRaWan. For project developers, on the other hand, the standards ZigBee, Thread and Matter are not even considered.

However, there is no right or wrong per se in this analysis. Depending on the viewpoints and the purpose for which one looks at these technologies, a different technology will win out based on benchmark comparisons for each purpose. In addition to deciding on the wireless technology, manufacturers also look for unique selling points compared to the competition, so that even if companies rely on the same technology, they ultimately create closed and proprietary systems that are not compatible with each other.

The Search for the Technology of the Smart Building

As a result, leading German project developers are also encountering a multitude of manufacturers, which in turn all rely on different and sometimes proprietary technologies. Admittedly, if you look at the market from the perspective of project developers, the confusion is great. A clear future technology for the “smart building of the future” has not yet emerged at the end of 2021.

In addition to MESHLE GmbH, over thirty other luminaire manufacturers, network & IoT companies, manufacturers of components, building control systems and sensors, and three software start-ups participated in a market survey, each sharing their technology and opinion as a solution.

So there are many technologies. However, it is not about the best benchmark of a technology for specific products or use cases, rather it is about an all-encompassing interoperability among various product categories in the entire smart building.

An intelligent and networked building is more than just light

This is a good way to summarize the plea towards luminaire manufacturers for help.

Looking Outside Your Own Industry

Luminaire manufacturers still focus too much on their own sector: lighting. Here, DALI 2.0 still predominates as an important standard and Casambi as a widespread but proprietary Bluetooth mesh radio solution.

A Smart Building is More Than Hardware

A smart building is not only about a multitude of networked IoT devices, but also about numerous interconnected services. The owner is interested in occupancy rates and energy consumption. For facility management, predictive maintenance or monitoring and control of irrigation or leak detection are relevant use cases. Tenants of the building, in turn, want insight into the occupancy of the rooms or the air quality. Users, on the other hand, view the smart building from a different perspective: employees may want to book quiet workplaces or meeting rooms and control these rooms digitally via smartphone. Guests, on the other hand, are interested in indoor navigation or reserving a guest parking space including an e-charging station.

As can be seen from these examples, a smart building is based on a large number of networked hardware devices, which in turn form a basis for numerous services and software solutions. The project developer does not care which software or service provider the user chooses. He wants to construct and offer a building that is equipped for all these solutions.

The project developer wants to develop an IoT-ready building

The hardware of various product categories is supplied by different manufacturers. These manufacturers and products must therefore rely on a common open standard in the long term, so that interoperability between the products, as well as the software, is made possible.

We, MESHLE GmbH, recognize Bluetooth Mesh as certainly, one of the most important technologies that meets all these requirements. Bluetooth Mesh is suitable for networking and controlling lighting and other products such as blinds or HVAC as well as for the energy-optimized integration of sensors. Bluetooth is also the most suitable technology today for indoor navigation and is also the world leader for access authorizations via radio. Most importantly, the Bluetooth SIG – the organization that oversees and licenses Bluetooth technology – has now defined an international standard called Qualified Bluetooth Mesh, which is already being delivered in billions of devices today and will be in the years to come.

We are convinced that the building of the future is wireless and we are working every day to make Bluetooth Mesh the leading technology for every building in the world.